Our paper and presentation will comprise of a history of Indian dance in Trinidad and Tobago up to present time. It would deal with the classical, folk and contemporary issues, including Bollywood. It would also list some organizations in Trinidad and Tobago who have instrumental in promoting the art forms and documented work which has already been done in the field. In the Panel Discussion, we would explore the possibilities of advancing the work of the Indian Arts and the various collaborations which have taken place and proposed in Contemporary Trinidad and Tobago and the Caribbean. Recommendations will also be given for advancing the work in this conference in the future. 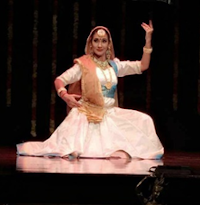 Pooja Pundit is a fourth-generation descendant of Indian indenture immigrants to Trinidad during the 19th century. She has studied the Indian performing arts entirely in Trinidad and has been dancing for over 2 decades. She has learnt under eminent gurus of the Lucknow Gharana (school). In addition, she has been exposed to Latin and hip-hop dance. In 2009 she was fortunate to be part of a dance workshop conducted by Pt. Birju Maharaj in Trinidad. Pt. Birju Maharaj had been invited by his student Dr. Satnarine Balkaransingh, founder, and artistic director of the Kathak kala Sangam. She is a versatile and experienced performer of Kathak and Bollywood dance, having performed extensively both locally and internationally.
She was a member of the Trinidad and Tobago cultural delegations of two successful Caribbean festival of the arts (CARIFESTA XIII in Barbados 2017 and CARIFESTA XIV in Trinidad and Tobago 2019). She also performed at the Jaganath festival in Miami and took part in the ballet “Ram Katha” produced by Nritanjali Theatre (2002).
In 2017 she did a Rang Pravesh under the guidance of Guru Shrimati Pooja Malhotra of India. She went on to establish Nrityayog Dance Company in 2016, and has been teaching Kathak Classical and Indian folk dances plus Bollywood fitness sessions. In 2020 Nrityayog became a constituent part of Kathak Kala Sangam. Currently she is working with Dr. Satnarine Balkaransingh, and the Kathak Kala Sangam.

Pooja is an educator by profession. She holds a BSc. (Hons.) in Computing and Information Systems from The University of London. She is currently teaching Computer Science and Information Technology at Secondary level. She is also a certified Reiki Master.
It is through the medium of dance that Pooja finds her connection to God. Through dance the infinite creativity of the Supreme finds expression in and through her. Dance is her meditation, and dance is her prayer. 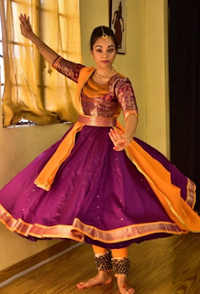 Reshma Seetahal has been involved in the India performing Arts for over twenty years. Beginning with Bollywood styles she went on to do formal training in Kathak Classical and Indian folk dances. She had studied Percussion music at the Mahatma Gandhi Institute for Cultural Cooperation (MGICC) of the Indian High Commission in Trinidad, studying Tabla with Dr. Vijay Siddha, Assistant Professor at Rajasthan Sangeet Sansthan, India,

She trains with Dr. Sat Balkaransingh, Artistic Director of the Kathak Kala Sangam and disciple of Pt. Birju Maharaj, the renowned Kathak Exponent of the Lucknow Gharana of Kathak, Classical Dance.

She has been a presenter and participated in lectures to conferences: ‘Teaching Hindi through the Indian performing Arts’, and ‘Understanding Mathematics through Kathak’.
She has also been performing with the Sangam. Her performances include: “Salaam” or welcome, (2017). This was part of the opening concert for the Global Convention to mark the centenary legislation to end Indian Indentureship internationally. The convention was held in Trinidad under the aegis of the Indian Diaspora Council, USA and Indian Diaspora Council of Trinidad and Tobago; performing with Dr Balkaransingh at the premiere auditorium ‘Queens Hall’ ( 2017) held under the patronage of the Indian High Commission to Trinidad and Tobago, and at the Divali Nagar in 2018.

In 2019, she was part of a workshop, demonstrating the similarities in Kathak and Flamenco in to the Havana Cuban Dance Company, Cuba. She performed “Nrit in Jhap Taal” with the Sangam at the Caribbean Festival of the Arts (Carifesta), at the Southern Academy for the Performing Arts in Trinidad (2019). She was the assistant to Dr. Sat Balkaransingh in a programme, entitled “Mentoring by the Masters 2019;” a Flagship Programme of the Ministry of Community Development, Culture and the Arts 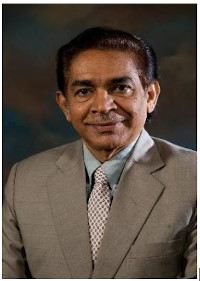 Dr. Satnarine Balkaransingh, born in Trinidad, is a performing artist. He has directed over 60 stage and television productions, and scripted, choreographed and directed several dance-ballets. He has performed in North and South America, UK, Asia and the Caribbean. Dr. Balkaransingh is the co-founder (1977) and former Artistic Director of the Nrityanjali Theatre of Trinidad and Tobago Inc. He founded (2009) and is the current Artistic Director of the Kathak Kala Sangam of Trinidad and Tobago (KKSTT). His work has been featured in the media (Radio/TV) in India, USA, Guyana, and Trinidad and Tobago and on BBC’s Caribbean Programme. Dr. Balkaransingh is a published author with works in numerous journals and books which cover topics ranging from development economics, master planning, and commerce to folk performative traditions and the arts. He co-edited and authored chapters in: Reigniting the Ancestral Fires: Heritage, Traditions and Legacies of the First Peoples (2017); Co-authored KUNUWATON: the Culture and Cuisine of the Santa Rosa First Peoples of Arima, Kairi (2014); and authored THE SHAPING OF A CULTURE: Rituals and Festivals in Trinidad compared with selected counterparts in India; 1990-2014, (2016).

A former senior public servant in the government of Trinidad and Tobago, he is a consultant in areas of economics, policy, strategic, and programme planning for socio-economic development. A member of several organisations, Dr. Balkaransingh advises and lectures internationally on diverse topics. He has received numerous commendations and awards, and was recognised as a National Icon by the Government of the Republic of Trinidad and Tobago in 2002. He holds a BA (Hons) in Economics (University of Delhi); Post-Grad Specialisation in Kathak Dance under Guru, Pt. Birju Maharaj from the Kathak Kendra, Delhi, India; MSc in Project Planning and National Development, University of Bradford, UK; and a PhD in ‘Cultural Studies’ from the University of Trinidad and Tobago.

He holds a BA (Hons) in Economics (University of Delhi); Post-Grad Specialisation in Kathak Dance under Guru, Pt. Birju Maharaj from the Kathak Kendra, Delhi, India; MSc in Project Planning and National Development, University of Bradford, UK; and a PhD in ‘Cultural Studies’ from the University of Trinidad and Tobago.