b- Culturally identifying internally is important, I will talk about the importance of roots, and the importance of artistic growth. I will be highlighting the importance of creating an accurate artistic culture for art apposed to being involved in the society culture. it's important to understand culture more than to just practice the perception of cultural heritage.

c- how do we move forward positively, I will address the spirituality of art. arts education, how do we cultivate a society for positive change in a way to uphold or exponentially increase artistic excellence
Here I will share some experiences. compare and contrast

d- traditions in foreign context should not be re-mixed or confused, it's about knowing classical art, finding the understanding from the roots and building forward, knowing the source well and exposing through education, importance of understanding Indian Dance Literature in a classical context . through academics, we can improve and be on the same understanding as foreign art forms.
Here I will share some concepts and discuss some Indian dance artist breaking the norms of Indian classical society, "lead by example" will share thoughts of my Interview's conducted.

e- The importance of bollywood, how bollywood popularised classical arts, how cinema played a huge role in the South African Diaspora. 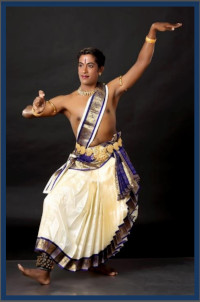 Niveshan Munsamy is born in a family steeped in culture, his great great grandparents TM Bakium Pillay & great grandparents AN Marie Pillay were doyens in the field of Music, Dance & Drama in South Africa. At the tender age of 4, he was initiated to music and dance by his parents Collin & Kantharuby Munsamy. He was chosen, as South Africas "Child Star" on SA Television together with his twin brother Nireshan. Niveshan joined The Bharatha Swara Institute under Shri Magentharen Balakisten for music and Bharatha Natyam with his sister Strimathi Yshrene Moodley, a Kalakshetra alumni -Chennai. He also studied Kathak Dance at the Kala Darshan Institute of Fine Arts under the guidance of Shri Manesh Maharaj.

At Kala Darshan Niveshan had the opportunity to perform in multiple of the school’s productions leading to his debut solo performance where by completing his kathak graduation all under the able Guidance of Guru Sri Manesh Maharaj “The Rangmanch Pravesh”.

He toured India twice, performing in 2 dance Drama’s, Mahatma Gandhi’s Salt March“Satyagraha” and The South African “Soweto Uprisal” of Nelson Mandela at the Ryans International Childrens Festival in New Delhi. After achieving a Diploma in Audio Sound Engineering from SAE College in Cape Town., South Africa, Niveshan and his twin Brother were awarded a scholarship, by the Indian Council for Cultural Relations-(ICCR), New Delhi to continue their music careers in India which he completed with Strimathi Subalakshmi Muthusamy of the Luxmi Narayana Institute. He also attained an Undergraduate B Music Degree at the Madras University in Chennai. He is currently a disciple of Dr. Vijayluxmi Sivakumar for Music.

Being passionate about dancing Niveshan enrolled at the Shivamohanam Institute, “The Abode of Kuchipudi dance” with the renowned dance duo "The Mosalikantis", Shri Jaikishore & Srimathi Padmavani Mosalikanthi. During 2017 he performed alongside his internationally acclaimed Gurus at various prestigious festivals, some of which includes the Madras Music Academy. In 2018 Niveshan had presented his Kuchipudi Debut recital to live orchestra in South Africa, accompanied by his Revered masters “The Mosalikanti’s” His “Ranga Pravesam” the Kuchipudi dance Graduation Niveshan also has attained his Masters Degree in Performing Arts specialising in the Kuchipudi dance form, qualifying with a distinction, this further broaden his understanding of dance scripture, literature and Kuchipudi dance on the field of academics.

Keeping with the purpose and need for holistic studies, Niveshan pursued studies in the spiritual arts of Ashtanga yoga at the “YogaVriksha” institute of yogic studies - Chennai under the able guidance of Srimathi Varsha Venkatesh. Niveshan wishes to educate himself with the advanced studies of Kuchipudi Dance so that he can add to the upliftment, promotion and propagation of this Art form in South Africa and around the world. Niveshans dream has been realized through his wonderful Parents and Gurus to whom he is most grateful to. " Music and dance is a huge part of Niveshans life "